Back in November I posted a sketch I did at Comic Con using some nice new Copic markers and the standard brush Micron’s I like to use. The sketches are coming out a little to complicated for animation. So now I need to figure out how to scale back. The film is currently called “Europa” and has a little to do with that distant Jovian moon of the same name. If you don’t know what I mean then you aren’t a repressed space nerd, like me. 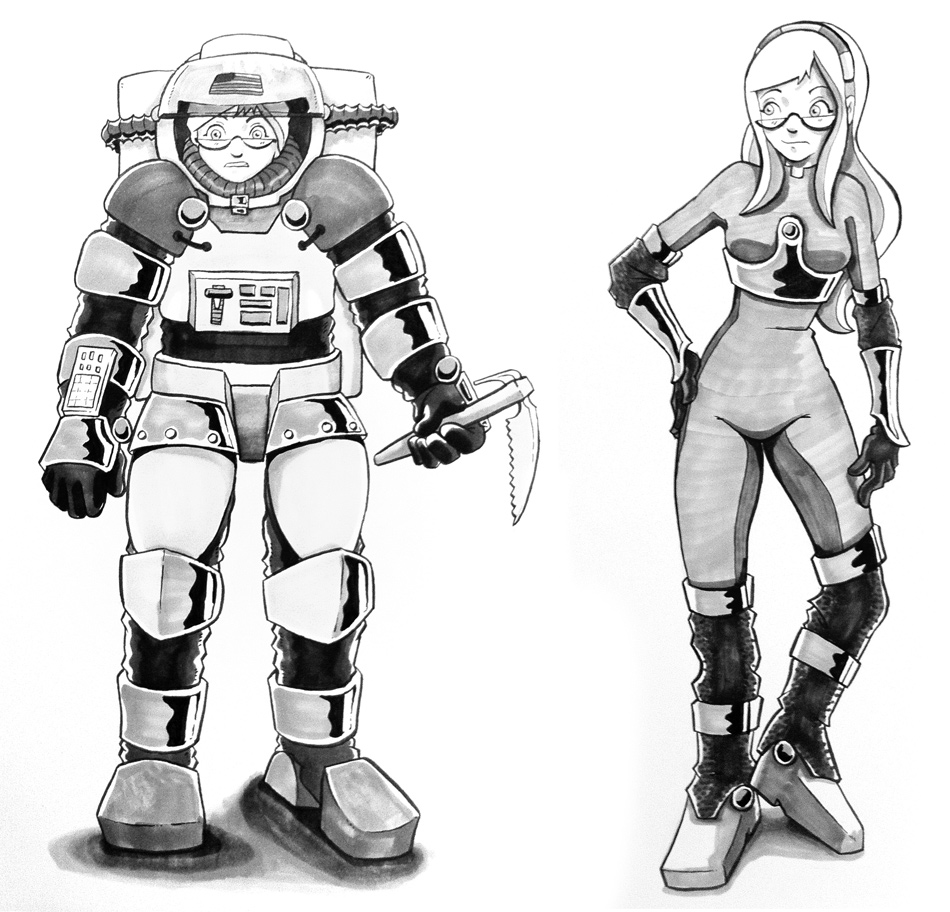