I just put my book up on Lulu. Its a collection of sketches between 2006 and 2011. I try to keep a sketchbook with me at all times and I believe in the importance of working with you hands which is why I wanted to elevate this oft unseen aspect of my work. I compiled these years into a 38 page chronological collage of my drawings. Besides color correction all images are as they appear in my sketchbooks. For the most part I only draw in pen so I bare it all, mistakes and all.

I will be selling this book along with other things at MoCCA Fest 2012 April 28th and 29th at the Lexington Armory. Stop by and say hi. 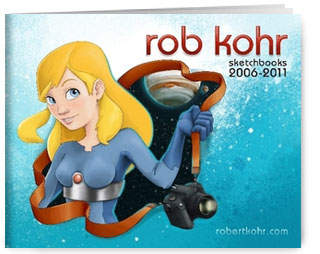 Sketchbook 2006-2011
As an artist, living a successful life means living a life with constant improvement and change. Over the past 5 years, a lot has happened in my career. I finished my first post college film, “The Lift” and started working in television. This book is an archive of those years starting with the most recent going all the way back to 2006. I have also included early sketches from concept work on “The Lift” as well as concept work and character turnarounds for “Europa”, my next film.

Here are some sample pages: 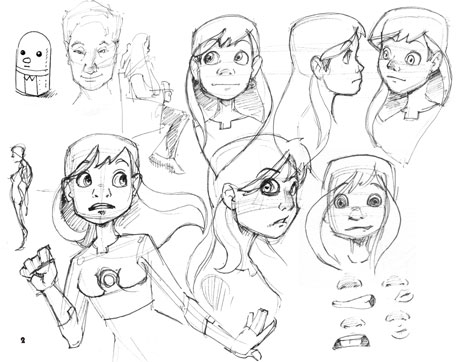 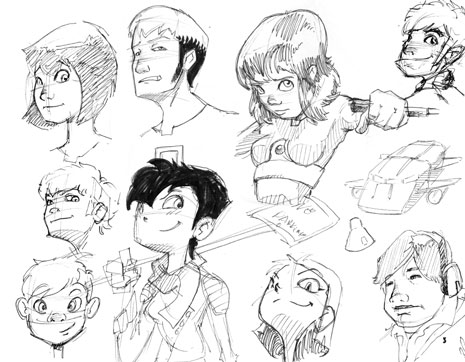 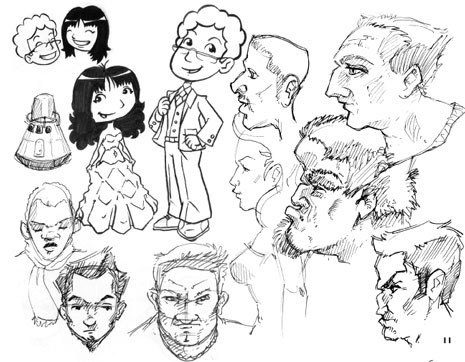 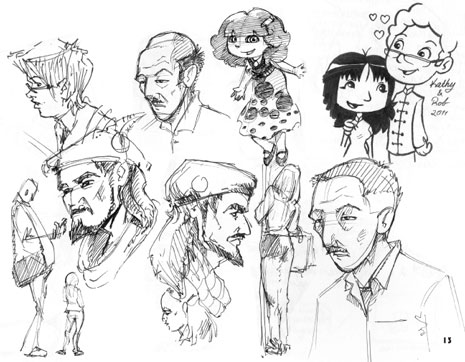