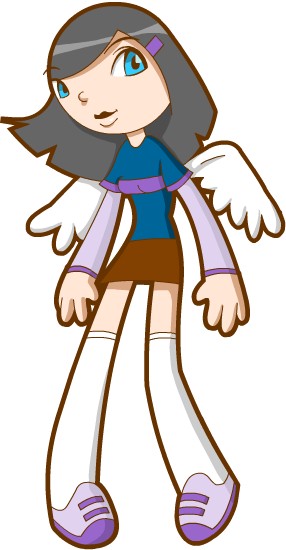 I have been working out this new character design to replace the “Ari” character that I have. She is a synthesis of the original “Ari” character and the “Angela” character that appears in the submission I did to RSOM which was also called “Angela”. I linked to it even though I am embarrassed that I even did it. It also adds in an arch that I developed in a previous RSOM submission called “Millennium War”. Eventually I took “Millennium War” and made it into another comic called “Marionette”, you can see the art from the original version of it in this older blog post. I hope at some point to post the whole comic as it was and unfinished just as art. The image at the top represents the newest part and incarnation. I might take it to an animated series, more to come 😀