Animated Art on the High Seas

I spotted this really neat ‘animation installation’ when I was on the cruise ship, Oasis of the Seas, last week. The people animate as you walk by, doing various physical activities. Other than the light behind it, the illusion is generated through what is called persistence of vision In the 19th century there was a parlor toy called a Zoetrope which worked in a similar way, except you moved the device, also the black slats were larger. In this piece the slats and hole are about the same size. There were other pieces of art on the boat but honestly this was the only thing that caught my eye, I can only take so much Goddard and Peter Max crap.

When I was on their little fake island in Haiti I snapped this shot of the boat, it looks massive and it is massive. The Oasis is 5x bigger than the Titanic. 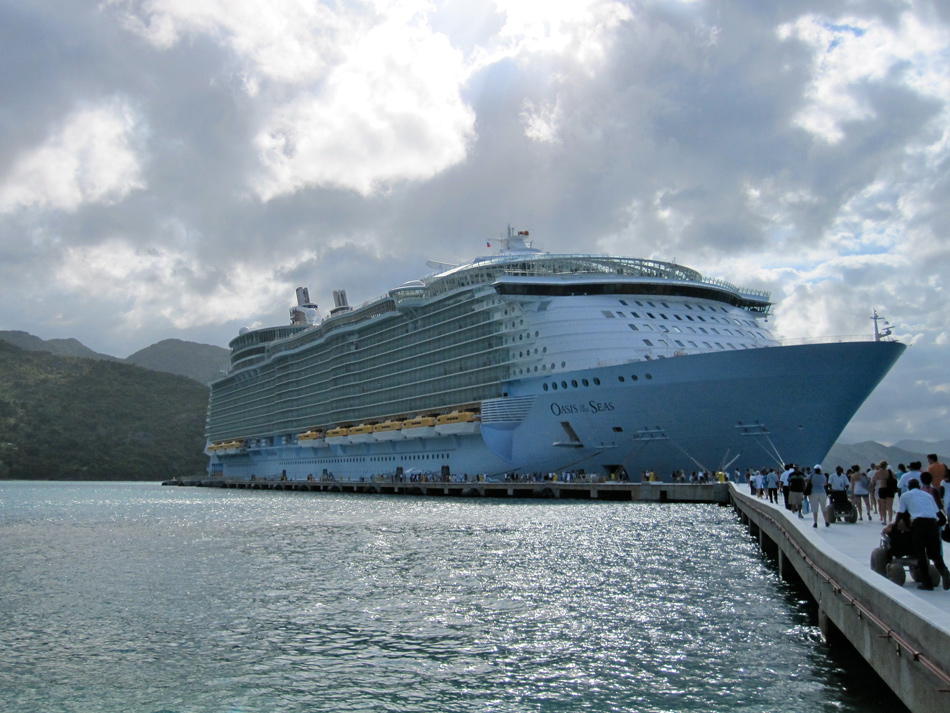