February was Super Duper month on Nick Jr. and I had the pleasure of Animation Directing this terrific music video along with a really awesome team of Nick Peeps.
About 4 months went into production with an additional 1 month of preproduction, 1 intense shoot day for the live action kids and 6 months of Jennifer Treuting, Producer and Jen Cast, Design Director figuring out the style and setting it all up. It may not look it, but we used almost every piece of media possible, Chris illustrated on paper, we converted the drawings to vector and then input them into Flash. I wrote a nifty script that then converts each Flash frame and layer to a PNG file. Those PNGs were then loaded into AE and rigged using DUIK. On top of that we had 25 seconds of 5K green screen keying to tackle after the shoot. I worked on a few shots myself including the landing on the roof, the background illustration of the cave and the cloud animation at the end. The cloud animation was just old-school 2D frame-by-frame in Flash. 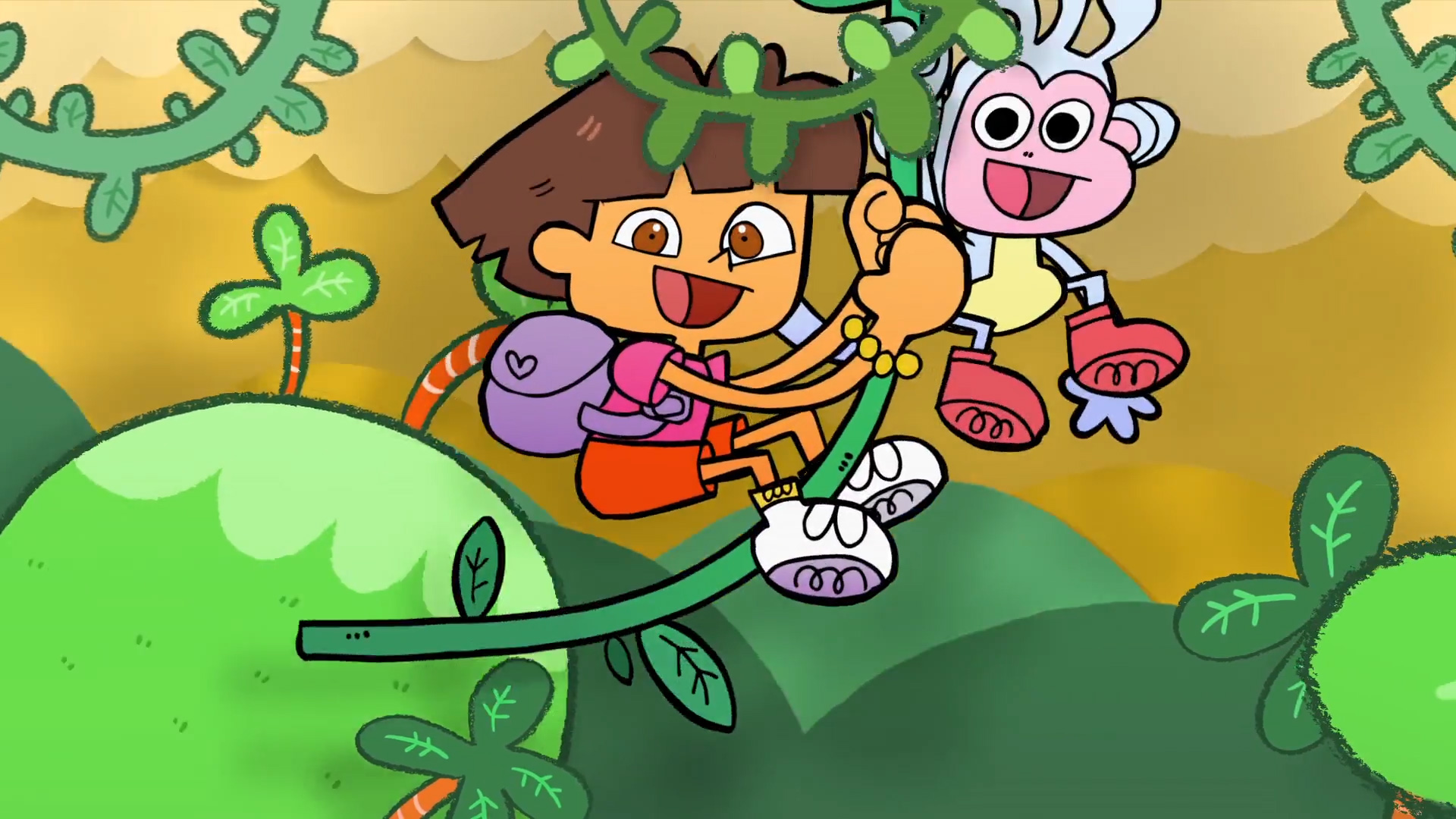 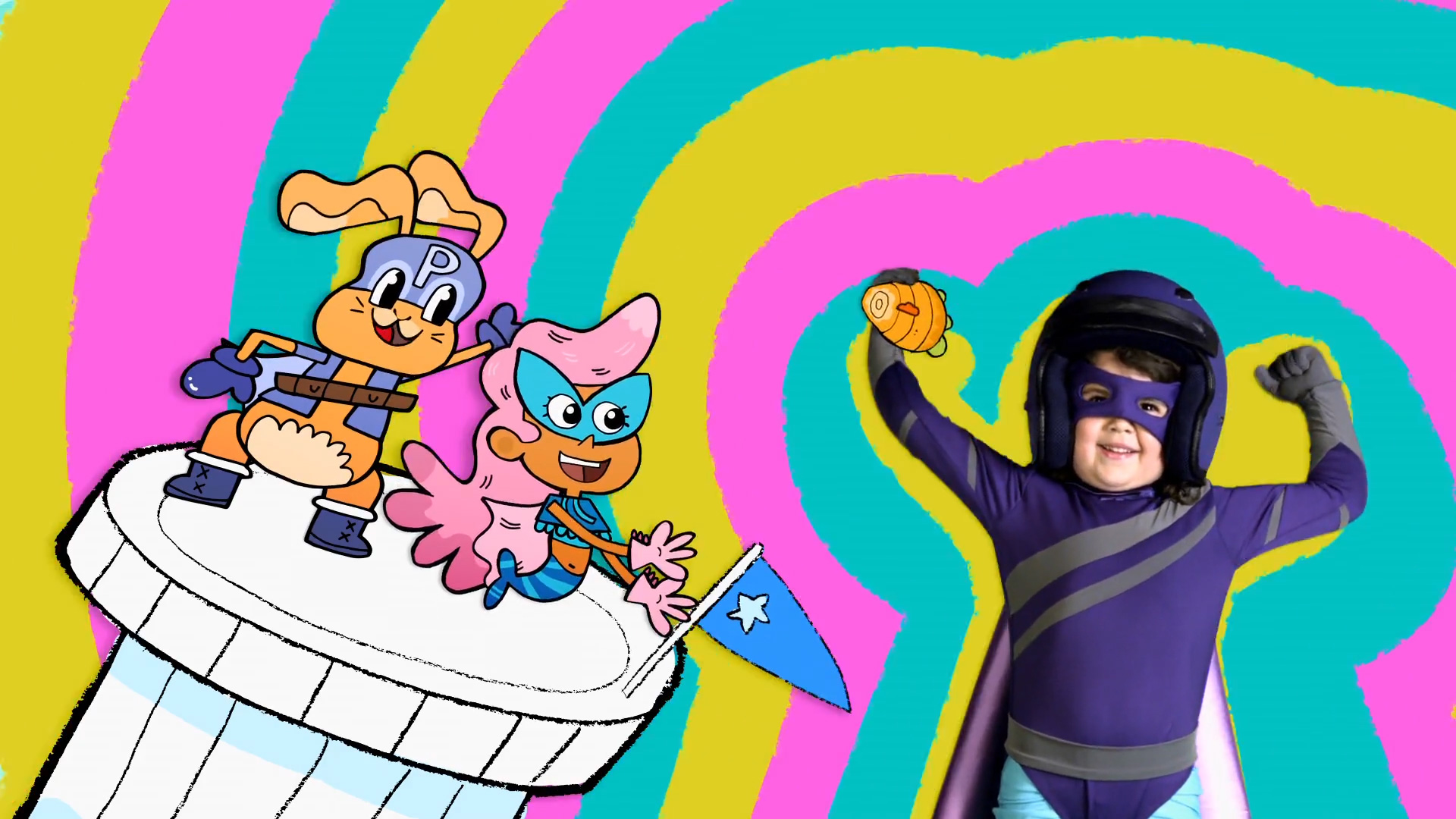 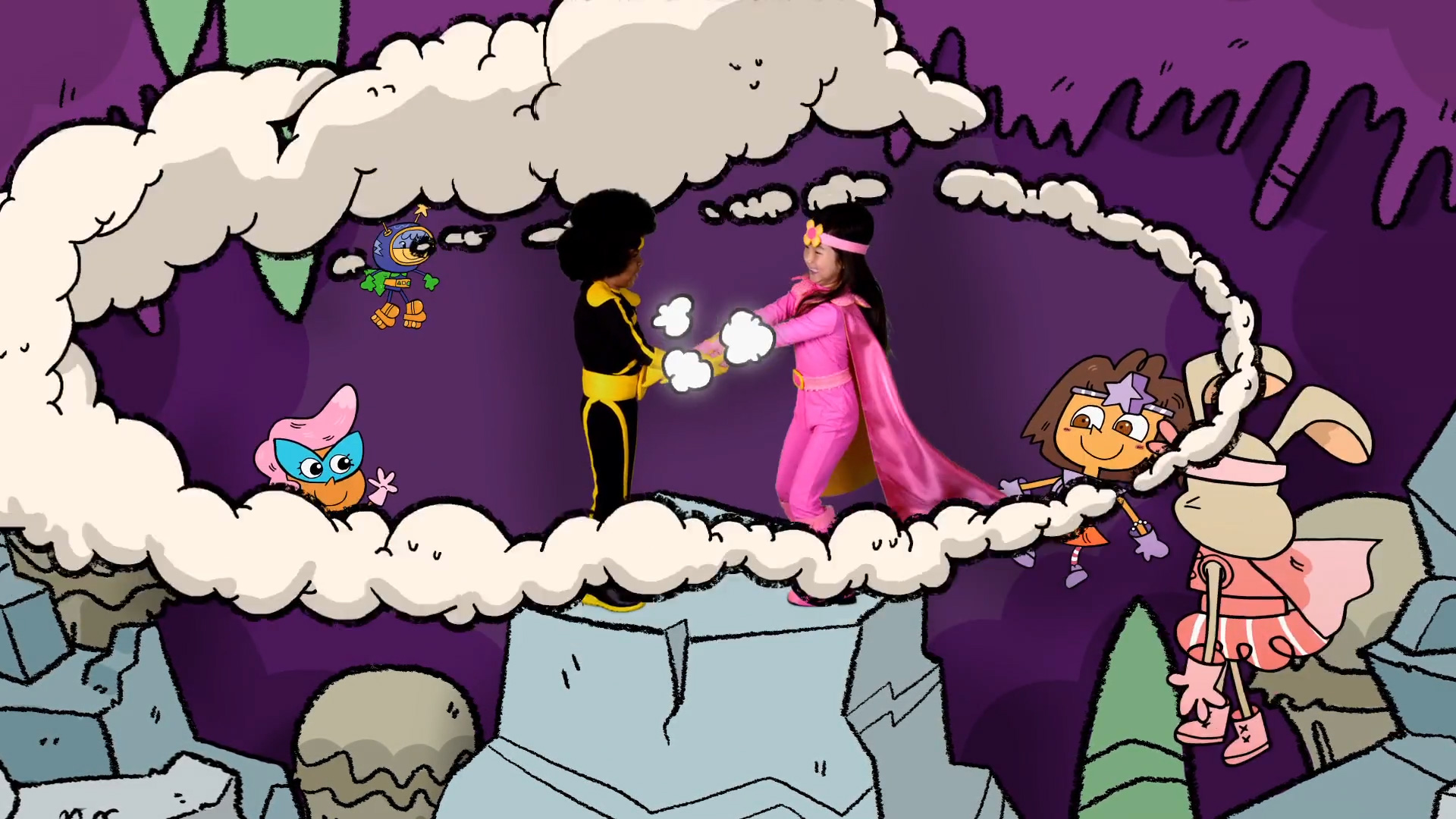